In my last blog, I wrote about the Reformer Martin Luther and that he struggled with chronic feelings of guilt and shame. In fact, he was known to have confessed continually for as long as six hours at a time. Despite his struggles with depression, shame, guilt, and obsessive and compulsive disorder, he challenged the Church and changed the world.

During the Middle Ages, the Doctrine of Indulgences was introduced to the Christian world. An Indulgence was a form of financial penance for sins, and was closely linked to the idea of sacred relics. Kings, princes, and the church in Rome, collected sacred relics to be used as part of the expiation of sin; the belief was that if a person gazed on the holy relic, and prayed for a dead soul, then that soul would be granted time out of purgatory. Each relic had been given a specific classification of time released from purgatory. 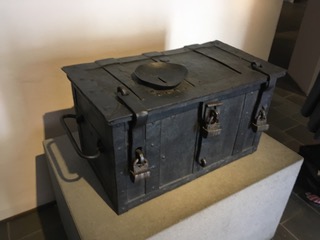 In fact, Frederick the Wise, the Elector of Saxony, and therefore Martin Luther’s prince had devoted his life to making Wittenberg, the Rome within Germany. Frederick had journeyed throughout Europe to facilitate negotiations to bring the sacred relics to Wittenberg. Frederick’s collection had its genesis in a “genuine” thorn from the crown of Christ. In 1509, the collection included 5,005 pieces that were calculated to reduce purgatory by 1,443 years. Indulgences were collected in form of money, a religious tax from the faithful. The belief was that a believer should be contrite, confess and contribute. The faithful, after having paid their contribution, received a letter of indulgence. The letter of indulgence was “a confessional letter that permitted” the believer to “make a complete confession once in their lifetime and at the hour of their death” in order to gain absolution (Treu, 2013, p. 27). The letters of indulgence could be purchased for those who had died. The revenues received from the selling of indulgences were kept in indulgence boxes that were often triple locked. This tax supported the church, and the construction of churches, monasteries, and hospitals, and at the time of Luther the building of St. Peter’s Basilica in Rome.

The indulgences were deemed efficacious as Pope Sixtus IV, in 1476, had guaranteed immediate release to souls in purgatory, and later in 1513, Pope Leo X had promised crusaders remission of sins and reconciliation with God. Johann Tetzel was a priest in Germany who often sermonized on the doctrine of indulgences. In one sermon, he outlined the immortality of the soul, the importance salvation, and the dangers of the temptations of the world. He states “remember that all who are contrite and have confessed and made contribution will receive complete remission of their sins” (as cited in Bainton, 1978, p. 64). While it was important to be contrite, what counted was the contribution. Furthermore, Tetzel is credited with having coined the phrase “As soon as the coin in the coffer rings the soul from purgatory springs” (Bainton, 1978, p. 65). Tetzel was said to have stated that the papal indulgences “could absolve a man who had violated the Mother of God, and that the cross emblazoned with the papal arms set up by the indulgence sellers was equal to the cross of Christ” (Bainton, 1978, p. 65).

Martin Luther, in his role as a theologian had studied the Bible in its original Greek and Hebrew languages, and believed that the doctrine of paying to “spring out of purgatory” was contrary to the teachings of Scripture. Based on his study and based on convictions of virtue, Martin Luther wrote the Ninety-Five Theses, and nailed them to the wooden door of the Wittenberg Cathedral. Within these beliefs Martin Luther made three main points. He (a) objected to the fact that the money made from the indulgences in Germany were going to build a Basilica in Rome, (b) denied the powers of the pope to determine who could be sprung from purgatory, and (c) believed that there should be more consideration to the welfare of the soul. Martin Luther did not make any effort to spread the ideas contained within the Ninety-Five Theses, because he was inviting scholars and theologians to a scholarly conversation. What happened is that the Theses were translated into German and were given to the press. Soon, these radical ideas were discussed throughout Germany and eventually made their way to the Pope. Thus, in an effort to discuss theological points, the Reformation was born. Christianity would no longer be the same.

R. David Johns has a PhD in Counseling Education and Supervision. He is a Licensed Professional Counselor (LPC) and Licensed Addiction Counselor (LAC) in the state of Colorado. He works with people of differing religious backgrounds, in order to help them navigate life’s difficulties in a manner that is congruent with their personal spiritual values and religious beliefs. For an appointment call 303-642-6636 or email at [email protected]