In my last blog, I outlined the medieval theology of indulgences, a state of purification, to reduce punishment in Purgatory of the deceased.  In the middle Ages, the church exacted money for the recompense of sins. I also summarized the reasons that Martin Luther questioned the spiritual utility of these indulgences.  October 31, 2017, marks the 500 th anniversary that Martin Luther nailed a copy of the Ninety-Five Theses to the door of the Wittenberg Cathedral.   Luther (a) objected to the fact that the money made from the indulgences in Germany were going to build a Basilica in Rome, (b) denied the powers of the pope to determine who could be sprung from purgatory, and (c) believed that there should be more consideration to the welfare of the soul.   The Reformer Martin Luther, not only nailed his Ninety-Five Theses to the door of the Wittenberg Cathedral, he also sent a copy to the Archbishop Albrecht in Magdeburg.  The Ninety Five Theses were his basis for disputing the efficacy as a religious and spiritual practice of the papacy’s selling of indulgences.  In the accompanying letter to the Archbishop, Luther outlined his concerns as a priest for properly giving pastoral care to his parishioners if he had to collect money for indulgences.  The Archbishop suspected that Luther’s thoughts were heretical, forwarded this information to the Rome, the seat of the Catholic papacy.   Luther also forwarded copies of the Theses to scholars in Leipzig, Basle, and Nuremberg, inviting debate over theological points.  Again, his point was not to up-end the Church, rather to invite a philosophical discussion as a theologian.

Meanwhile, Martin Luther continued his study of the scriptures.  One of his spiritual and theological questions was the idea of sin.  His question was about the confession of sin. According to church doctrine, sins must be confessed in order to be forgiven.  His distress over this spiritual point was so great that even his prayer life would not assuage his turmoil.   One question that did not seem to be answered was conflict between the judging and damning God, and the God of forgiveness.  The theology of the day rested on three points, first that God was too absolute to be affected by the idea of human justice and second, that God is only bound by the rules of his own making, and third that some of God’s creatures were damned by a God that was contingent on a predestined order.  Even St. Augustine, the founder of the Augustinian order of monks, of which Luther was a member, espoused the idea that God had already chosen souls for honor or dishonor, regardless of who they were or what they did.  For Martin Luther, these ideas seemed incongruent for a loving God.  These beliefs made God to be a capricious God and that the fate of humanity was unpredictable.

Effectively, the idea of a loving God that had already determined a soul’s fate put Martin Luther into a double-bind.  Double-binds occur when a person receives simultaneous and contradictory information from some important individual or organization.  An example is when a child hears from a parent, “tell me what you are thinking” and receives a behavioral message such as a sideways glance, a roll of the eye, or other gesture that says “Go away” or “I’m not interested.”  The church taught that God was a loving God, and also taught that God had determined the fate of a person, and that punishment might be reduced by paying for Indulgences.  This catch-22, no win situation put Martin Luther in the ultimate double-bind.  People who are caught in a double-bind usually experience despair, hopelessness, and an emotional and spiritual anguish.  Martin Luther wrote about his own despair about these teachings and wrote:

Is it not against all natural reason that God out of his mere whim deserts men, hardens them, damns them, as if he delighted in sins and in such torments of the wretched for eternity, he who is said to be of such mercy and goodness?  This appears iniquitous, cruel and intolerable in God, by which very many have been offended in all ages.  And who would not be? I was myself more than once driven to the very abyss of despair so that I wished I had never been created. Love God? I hated him! (Bainton, 1978, p. 44).

Martin Luther expressed his own fear and hatred of a God that seemed impulsive and unpredictable.  Of course, the idea of questioning and hating God was blasphemous to the religious and political powers of the time.  At this point in Luther’s development, he could not see Christ as a Redeemer, only Christ the avenger. 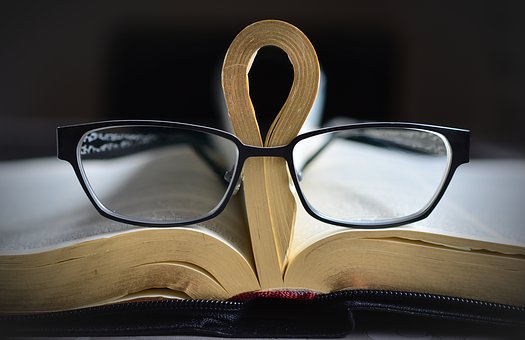 Many might come to a similar spiritual double-bind as Luther’s and decide to throw the baby out with the bathwater.  Black and white thinking is tempting and may be an easy way out.  Luther continued his studies of the Bible and theology.  Through his study Luther realized that Holy Scripture demonstrated that God was neither malicious nor capricious.  Roland Bainton explained Luther’s predicament about the justice and mercy of God. If “wrath can melt into mercy, …. and if justice is dissolved in leniency how can he be the just God whom Scripture describes?” (p. 50).  Martin Luther found the answer to his predicament in the Scripture, the New Testament, in the words of the Apostle Paul.  In the epistle to the Romans, Luther read the following:

For in the gospel the righteousness of God is revealed—a righteousness that is by faith from first to last, just as it is written: “The righteous will live by faith.” (Romans 1:17). 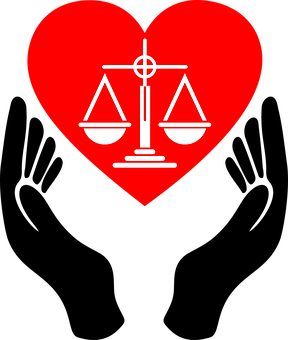 While not immediately clear to the post-modern reader, Luther’s idea of the “justification of faith” becomes more readily apparent as the original Greek of Paul’s letter to the Romans is understood.  Roland Bainton, Luther’s biographer, suggested the Greek word “justice” has a double sense.  The first sense is considered a strict enforcement of the law, like when a judge pronounces a sentence, and the sentence is meted out.  Whereas the second meaning of the Greek word justice or justification is when the judge suspends the sentence, and places the prisoner on parole, expresses confidence in the prisoner, and takes a personal interest in the prisoner.   With God’s justice, there is no expectation of achievement.   Therefore faith, according to Luther is not an achievement, rather faith is a gift.  The doctrine of the “justification of faith” flew in the face of the double-bind doctrine of Indulgences.  Humankind, from Luther’s viewpoint, was saved through grace, not through works.

I have outlined Luther’s beliefs, and the transformation of his belief from the God of Vengeance to an understanding of the Redemptive God.  I believe this is important for all of us to understand that religious ambivalence and anger (even hatred) of God is a normal stage of life and of spiritual growth.  While Martin Luther believed in the Christian understanding of God, faith development seems to be common, at least in Western culture, of a growth in the understanding of God from a vengeful and vicious God to a more universal faith, that of understanding and maintaining a personal responsibility, as well as a reclamation and transformation of one’s past that leads to a deeper understanding of the self, the self in relation to God, and empathy for others. From Luther’s point of view, the gift of Faith, draws us to God’s love and frees us from the vengeful double-bind.

R. David Johns has a PhD in Counseling Education and Supervision.  He is a Licensed Professional Counselor (LPC) and Licensed Addiction Counselor (LAC) in the state of Colorado.  He works with people of differing religious backgrounds, in order to assist them to transform religious and spiritual wounds that affect mental health.  For an appointment call 303-642-6636 or email at [email protected]

Rizzuto, A. (1979). Birth of a living god: A psychoanalytic study. Chicago, IL: University of Chicago Press.